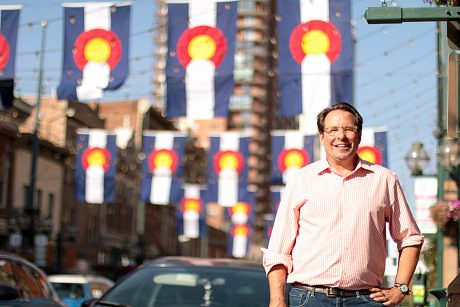 This question really that I struggled with when I went into teaching was, "Are schools just going to be a reflection of the inequities of society or are schools going to be an engine for changing the inequities?" And so I just sort of committed and have continued to recommit to focusing on that work, recognizing that it's really hard and it takes a long time, but I've seen things change as I sort of reflect back every decade and say, "Oh, yeah." In some ways it's depressing to think how little things have changed but on the other hand, we now have schools that are supporting most kids to be successful in college and career and life. And we didn't have those schools before. So I'm sort of inspired by a lot of the experiences that kids are having in a number of new schools around the country.

Part of me might say, "Oh, well I want to be remembered for being a pretty good teacher," or, "I want to be remembered for having created a pretty good school." Truth is, though, I want to be remembered for being an advocate for improving public education that was grounded in some form of reality and also was focused on learning and I have to remind myself this because I think that reformers, as much as those that are described as defending the status quo, get stuck with a particular paradigm for thinking about how things should be organized or how things should be done. And so I'd like to be known I think as somebody that worked on a number of things some of which were successful, some of which were unsuccessful, but was reflective about how hard the work is and how important the work is and how we have to be willing to change in order to be able to better meet the needs of kids.