It’s rare that any city gets a chance to wipe the slate clean and build a brand new public education system from scratch. One city did get a chance to start over, however. In 2005, after the third-deadliest hurricane in U.S. history, Louisiana’s leaders wiped the slate clean in New Orleans. Since Katrina devastated the city, New Orleans has improved its schools faster than any other city in the United States. Some experts even believe it has improved faster than any city in American history. This improvement would be impressive enough on its own, but it is occurring in a district in which 82 percent of the students are African American and 85 percent are poor. 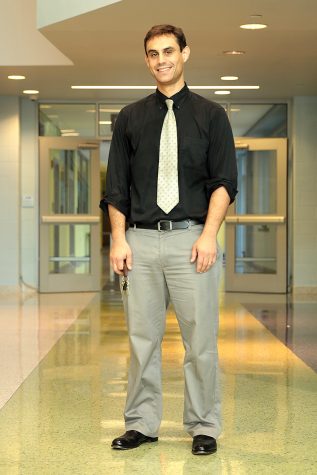 There's no harder job I've ever had than being a school leader. Being a teacher is extremely hard. My job now is full of tough moments, but in the minute-to-minute, nothing's as hard as actually running a school. For me, I remember month four of planning to start Sci Academy in 2007. I thought about school. I said, "You know, this school's going to be open in about eight months, which means everything has to exist at the school — so we need to have a building. We need to have teachers. We need to have chairs. We need to have pencils. We don't have any of those things now, and there's only me." Sometime between now and eight months from now I'm going to have to think of all those things and what they are and put them in place because school needs to happen. 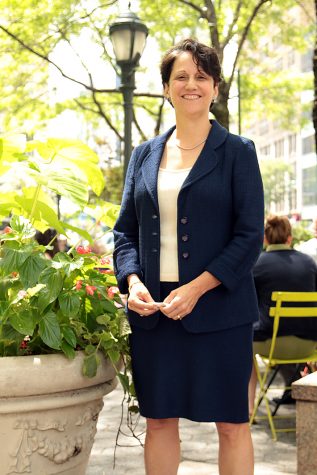 What is extraordinarily hard to capture for anyone who walks in New Orleans today — or you at arms-length read about it — is the immense personal toil that everyone went through ... Families were relocated to every single state in this country ... But what people don't then connect is what happens when they came back. I was talking to a principal, he had a charter school he had opened up right before Katrina, and was one of the first to reopen after Katrina. I was having coffee with him one day, and he said, "We have to teach these children how to play again." We were dealing with a population that had gone through a war. 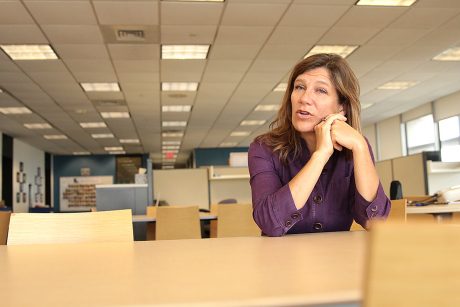 I feel like we get put up as this example of this national success story, and yet we still have kids who aren't in great schools. So until they're all there, I worry about where we are. Honestly the work that has been done is monumental. And yet there's still so much further to go. But I do think that as we are looking at what has gotten us to where we are from where we started, we're on a path to how we can see that becoming possible, as long as we stick to making decisions that are about students and their achievement, and what's possible for them, in improving their lives, and listen to them and their families. 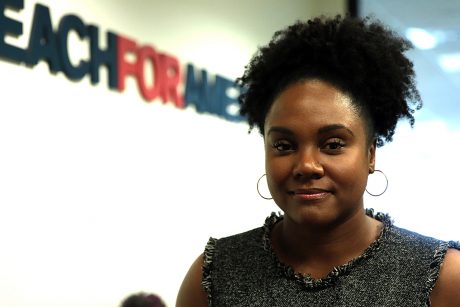 What's remarkable is that it was really the kids who came forward and were like, "You're our teachers—do something. We're here. Is there gonna be school tomorrow?" And so I think that's a part of the DNA of the system that we've built and the community that we've built, and the culture of what education in this city has become is one where we believe we can do this. And so when you carry that forward, I think we now have a track record of hard-fought lessons, things we've learned, things we'd probably do differently if we could do them again. Lots of growth and things we're really proud of about a system that has, on every major metric, moved the needle for children. But here we are, still so far from where we want to be if what we're trying to create is a world-class system, and I think there's still a DNA and a culture that says, "We have the capacity to figure this out, alongside our families and our kids," and I think that is ultimately what is needed to fuel the next level of success. 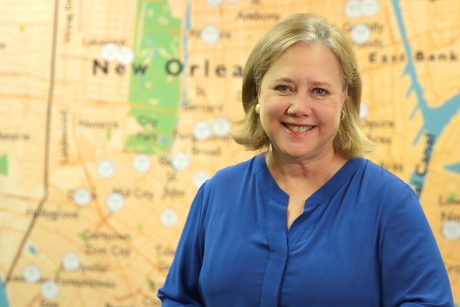 I was an appropriator in Washington. So I just earmarked $3 million for the New Orleans school board and I just thought, "Well, let me let the school board try to see what they would do if I just gave them $3 million, or the federal government gave them $3 million." The money sat in their account for three years. They wouldn't do anything with it. They wouldn't even try to come up with a new idea. So I just took the money away and I earmarked it to the University of New Orleans. They created the second and third charter school. Katrina hit the Friday we were raising the flag, saying the Pledge of Allegiance at one of those schools. In fact, six months later, when I found my way back there, the water was gone, but the damage was still very visible. The sign welcoming me to the school, was still there. When I got back I said, "OK. We are not going to build the old failing system that we had. We are going to find a way to build a new system." 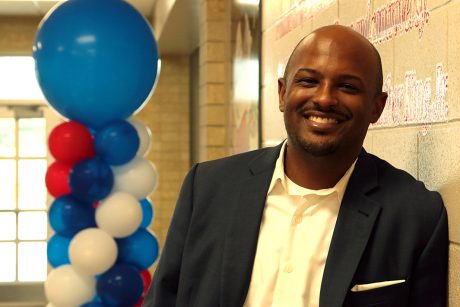 Pre-Katrina, you had individuals who were working. You had individuals without a doubt who cared about students; but we didn't have the flexibility and the autonomy to truly make the change that we currently have now. After Katrina, what we saw was an evolution of inspiration. We saw an evolution of our individuals able to be creative, to really drill down on the skill sets of what our students needed, to really be successful. We saw the budget free up. We didn't have any more district mandates that said that we had to do this or do that for a program that was not necessarily gonna work with our schools. We were able to transform the landscape of being creative and innovative to bring a new landscape for our students. 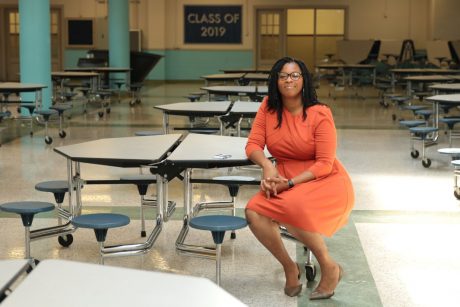 I'm a product of the New Orleans Public School system, a very proud product. I know that sometimes the story we tell of New Orleans education before Katrina is a really negative one, but there were incredible teachers, incredible schools here far before I got here, whose shoes I stand in and whose shoulders I'm standing on. This work matters so much to me because this is home. This is the place where any opportunities I've gotten really came from, and so the opportunity to give those opportunities back to my students matters so much. I think beyond that, the history of this city is so rich and incredible and people of color have meant so much to this city, especially when you talk about the music and the food and the history. 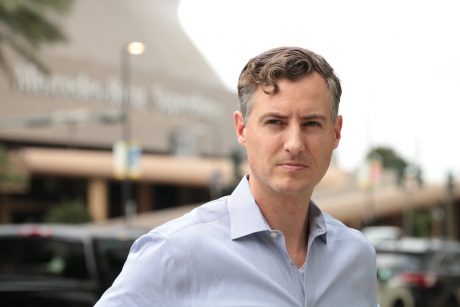 In a place of such dramatic homelessness, such dramatic transience, such dramatic unemployment, such dramatic violence — for all of its strengths, New Orleans has those issues — we can sit around and wait for somebody in the central office or in Washington to start some program that might solve it, or we can just do it ourselves. 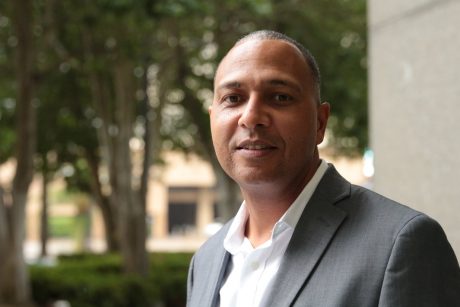 I think we can move to another level of our trajectory to really creating excellent schools in New Orleans. I think before the storm schools were pretty awful, and since the storm we've moved them up to a little bit better than mediocre. But if we're being really honest, we're not anywhere near being excellent yet.

We have to continue to push with a sense of urgency, and then I think we also have to keep our elected officials invested and have them understand why this system continues to be one that's cutting-edge, and that their support and their understanding of it is critical if we're going to move forward and really empower people to continue to serve kids well. 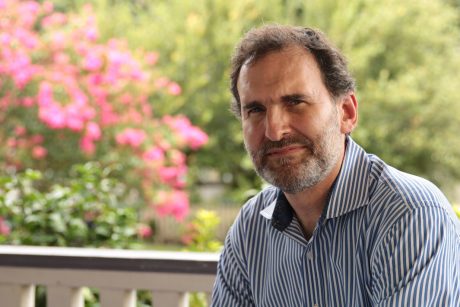 There's a myth that all the new schools of innovation came from outside folks. If you look at the school leaders in New Orleans, I think half or more than half are from the city. Of the charter management organizations, half or more than half were working in the city or the region. They're veteran educators from before. It's people who saw the opportunity that freedom could bring, that autonomy could bring, but also it's much more accountability at the same time. It's folks who are invigorated by that.